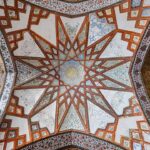 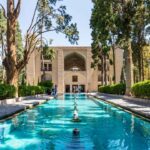 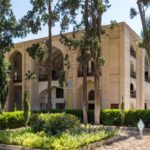 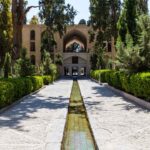 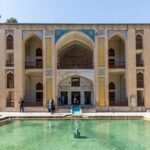 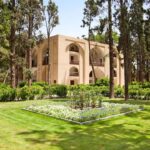 Fin Garden, a Heaven in the Heart of the Desert

Fin Garden is a brilliant example of Persian garden. It is one of the most-visited historical sites of Iran, which dates back to the Safavid era.

This garden was listed in UNESCO World Heritage Site in 2011. Its design is completely based on Persian architectural principles and features three important factors including:
1- running water
2- Tall walls surrounding the garden
3- a mansion at the center of the garden

This garden is situated close to Kashan as a city with hot and dry climate. This lush site being located at the center of a desert, leaves everybody in wonder. As soon as entering the garden, the sounds of the water attract your attention. In addition, towering trees invite you to a delightful strolling. It also houses a teahouse where you can taste Iranian tasty tea. 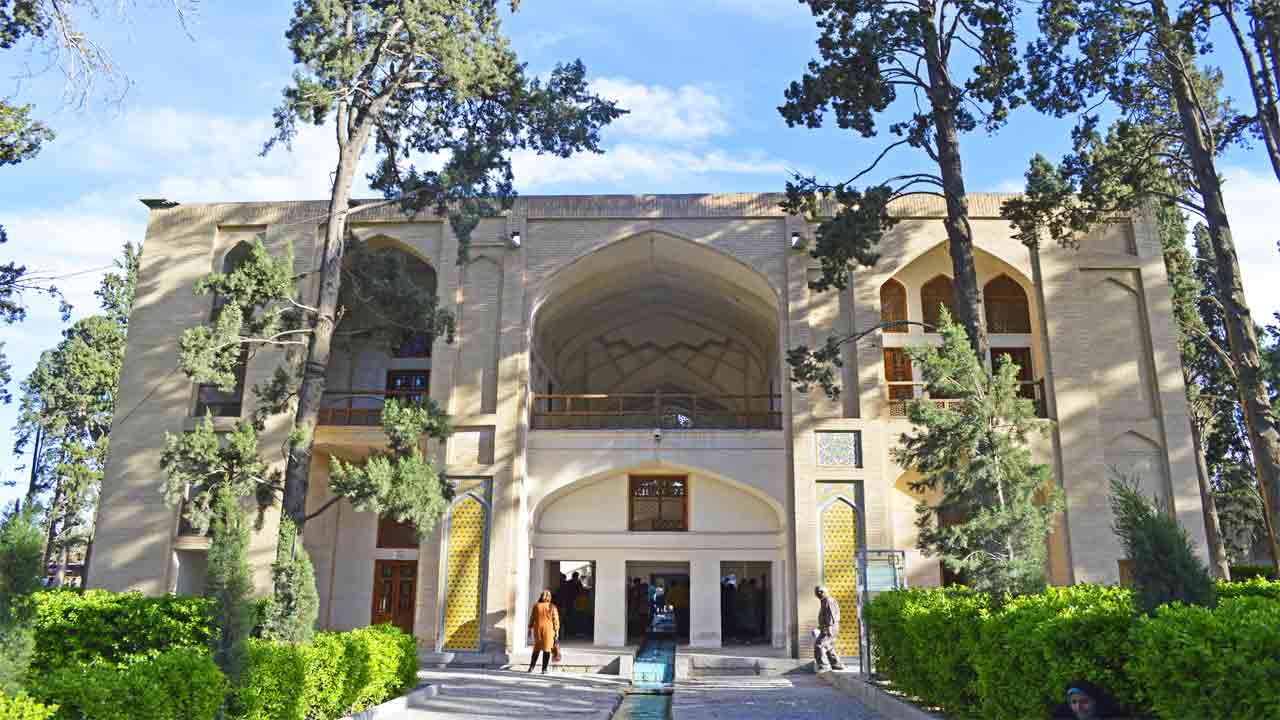 The Formation History of Fin Garden

Fin Garden has a rich historical back ground. Undoubtedly, all the monuments of this garden and its architectural style belong to the Safavid era. It seems that hundreds of years prior to the Safavid era, there was a garden in this area. But was ruined in the earthquake that occurred in the 15th century. Later, the current garden was reconstructed on the ruins which had remained.

The initial structure of this garden was constructed by the order of Shah Abbas I. Later, it developed in the Safavid, Zandieh and Qajar eras, especially in the reign of Fath-Ali Shah Qajar. Unfortunately, it was ignored after the Qajar era. Finally, being registered on National Properties List in 1935, the renovation of this garden started.

Some still standing parts of this garden date back to the Safavid era. These parts include entrance, the Safavid mansion, one of the baths and Sulaymaniyah Spring. In the contemporary, the museum was established and all the structures were renovated.

What Events Have Taken Place in Fin Garden?

The most important historical event having taken place in Fin Garden is the assassination Amirkabir. He was one of the most beloved and well-known ministers of Iran in the Qajar court. This disaster happened in 1852 by the order of Naser al-Din Shah Qajar, when Amirkabir was in the bath. Nowadays, there are some statues in the garden that depict the story of this assassination.

It is said that a great ceremony was organized in this garden on the occasion of Shah Ismail Safavid’s crowning. It is interesting to know that ordinary people also attended in this celebration, and all the city was illuminated together with the garden.

The pavilion of Fin Garden is located in a rectangular space and has a central courtyard. All the garden is surrounded with fortifications and round towers.

Some references suggest that Ghiyath al-Dīn Jamshid Kashani, an Iranian scientist and mathematician, designed this garden. He had calculated the number π around 200 years before Pascal Coste. Accordingly, he used the floor slopes to supply fountain’s water. But some other references attribute the design of this garden to Sheikh Bahai, the well-known Iranian scientist. 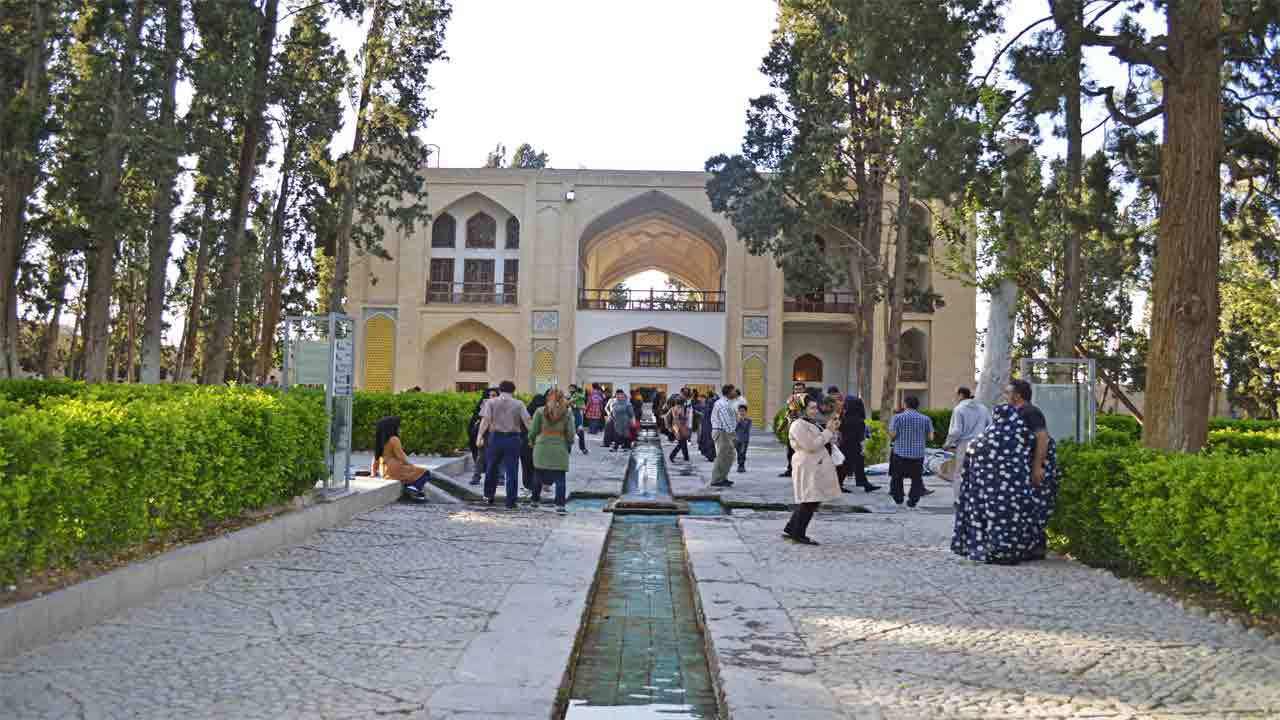 Water, an Essential Element in the Design of Fin Garden

Like most of the Persian gardens, the architecture of this garden is based on water and tree. The springs and Qanats lying adjacent to the garden supply abundant water for this garden. In addition, you can see many fountains, springs, ponds and pools in this garden. The fountains throw the water upright by the gravity as a result of height difference. In order to transfer the water, some different-sized clay pipes have been devised beneath all the pools.

The Trees of Fin Garden

This garden houses around 600 cypresses and plane trees, some of which are centuries old. The oldest tree of this garden, known as Leili and Majnun Cypress, is about 500 years old. The other tree variants of this garden include plane and fruit trees such as berry, figs, etc. 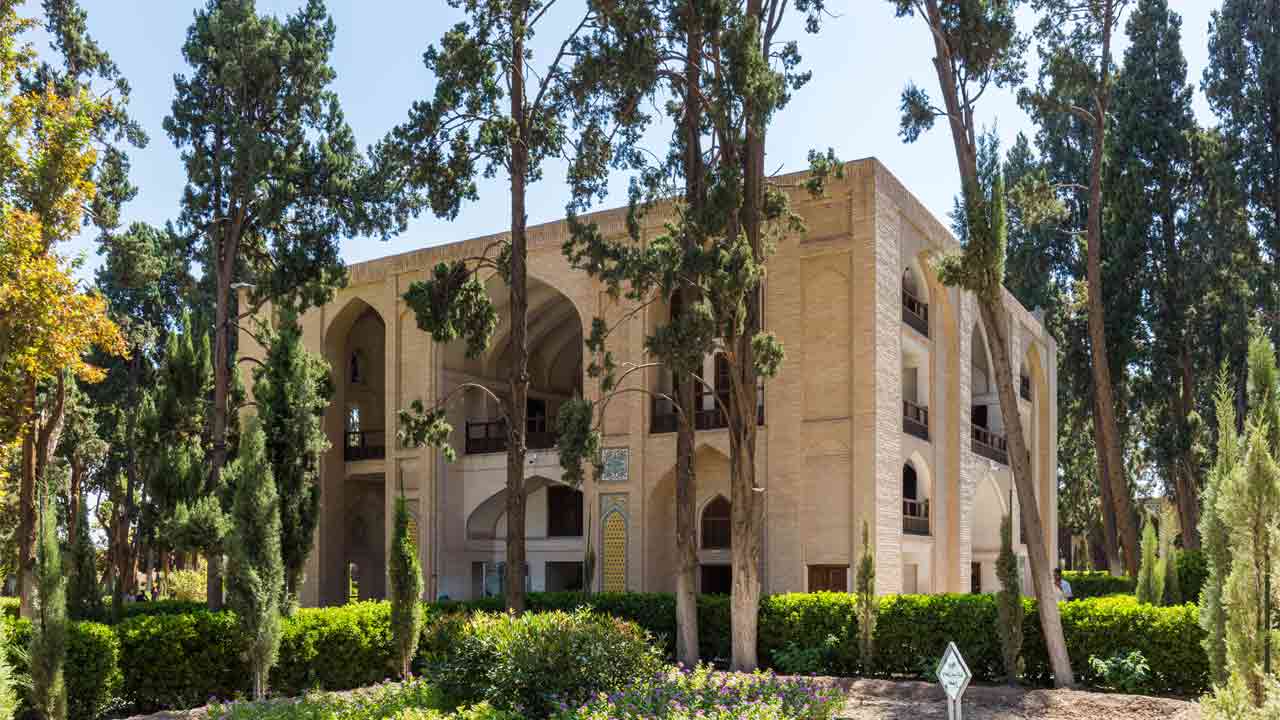 The Water Ponds of Fin Garden

Being decorated with Persian tiles, the ponds of this garden are so attractive for travelers. These patterns remind the visitors of the motifs of Kashan rugs. Unfortunately, some parts of the tiles have been ruined and some others are preserved in Louver Museum.

Jooshan (literally means boiling) and 12-fountain Ponds are two important ponds of this garden. Jooshan pond proves Iranian innovation of water supplying. After the water is boiled out of the first hollow, the second hollow is functioned as a suction. This function is resulted in water not to overflow. 12-fountain Pond, located close to Jooshan Pond, resembles a spring full of fountains.

The Safavid Mansion, a Place for Holding Royal Feasts

The Safavid mansion is a two-story structure having survived since the reign of Shah Abbas I. It was a place for holding royal celebrations. This mansion, having built at the center of this garden, houses a pond which is known as Sekeh Pond (literally means coin).

The philosophy of the name which was given to this pond is rooted in the beliefs of people. It is considered a kind of respect to drop coin in the water as your property. There is a hollow at the center of this pond; it is believed if your coin is dropped in this hollow your wishes come true. 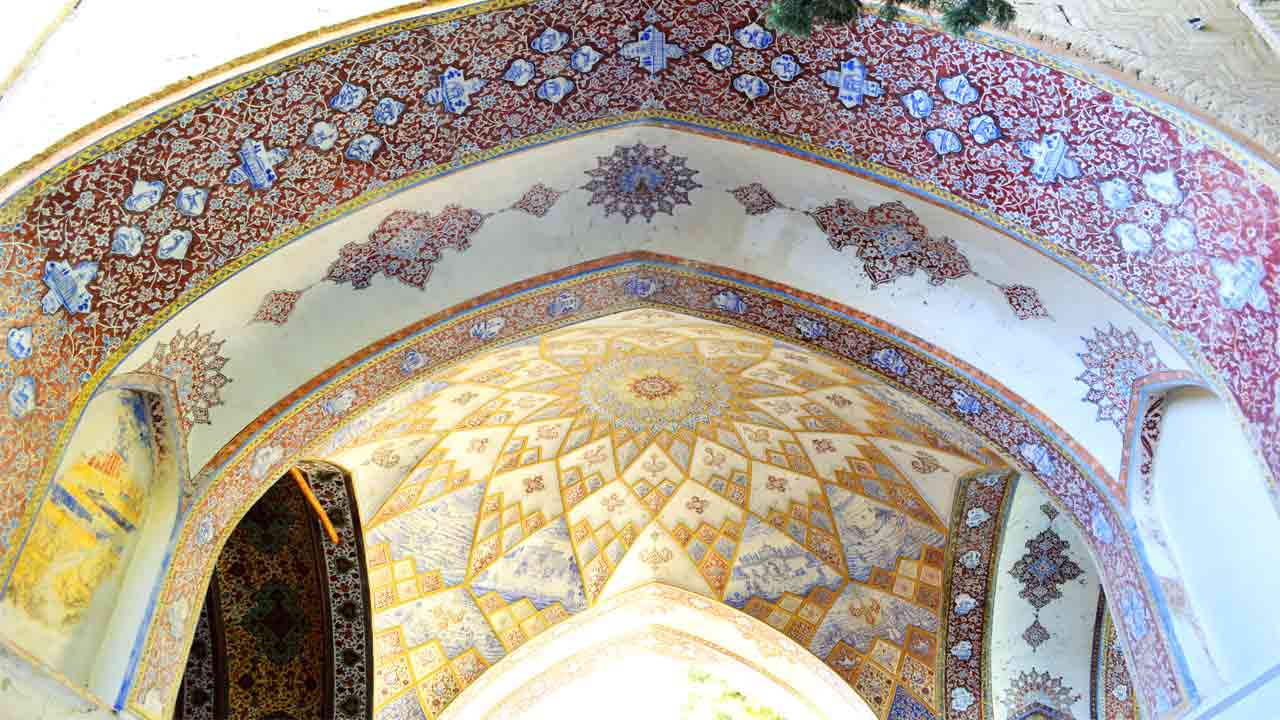 This hall was constructed by the order of Mohammad Shah Qajar. It has five doors, all of which are made of wood and decorated so beautifully. In addition, all its doors and windows have been embellished with stain glass.

Qajar Mansion is a reminiscent of the reign of Fath-Ali Shah Qajar. It has different sections including Chartaqi, Howz-Khaneh, iwan and shahneshin. There are also two backyards on the northern and southern face of the mansion. The ceiling of this construction has been decorated with fantastic paintings which depict royal celebrations and hunting. These paintings have been restored recently.

On your trip to Iran, don’t forget to visit this UNESCO-listed site, located near the spectacular city of Kashan. The unique architecture of this garden catches the attention of all visitors.
1001 Nights Tours has provided many tours to visit this garden, most of which are classified in classic and combined tours. To know more about the details of these tours click here. You can also click here to read more about the other attractions of Kashan.
We always appreciate you sharing your suggestions with us via email.